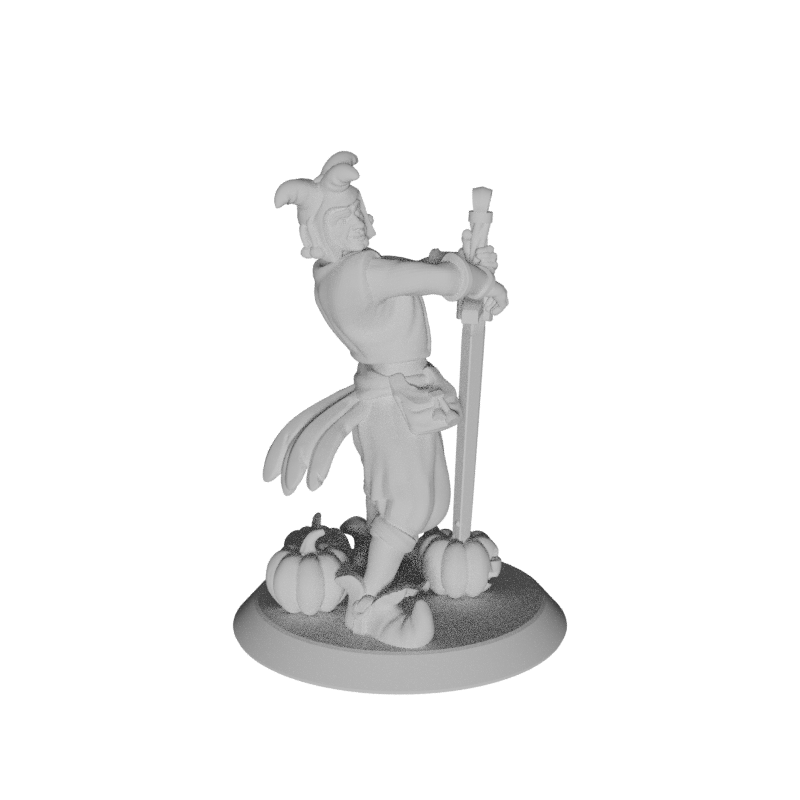 Jogle the Clown is a travelling entertainer, playing the role of an incompetent knight in service to a local noble, using rumors and gossip from the township to mock the aristocracy in a show of entertainment for the common folk. Many view his humor as crude and immature, but his fans say the upper-crust just doesn't like being made fun of!