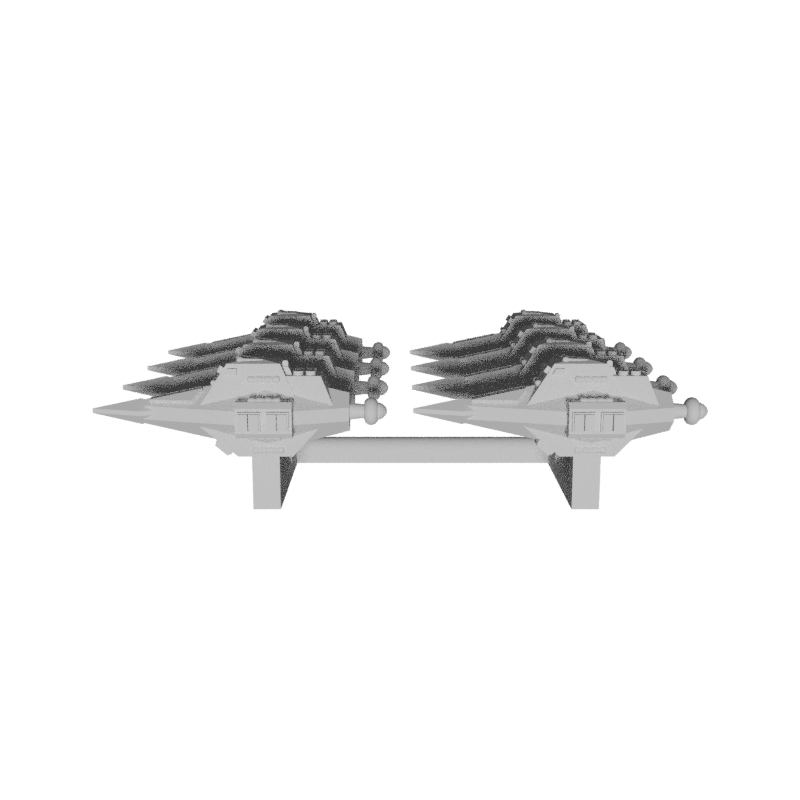 The Arrifek entered service in the final phases of the last war against the Vivrathk. It saw action in numerous engagements, but was ill-served by its contemporary fighter screens. The Hierarchy had rested on its laurels with much of its technology and fighters and bombers perhaps most of all. The poor performance of the 61RUF Havex, rushed in production and chosen more for suiting the advancement of political masters than for effectiveness, meant that the Arrifek was called several times to fulfil the Havex’s role as a strike craft, a role it was not designed or well-suited for. Nevertheless, the Arrifek performed well enough it avoid the post-war cull and continues to serve.

The Arrifek is better suited to its proper role as Assault Transport. Sporting heavy shields and fair manoeuvrability – as much as the older Havex bombers, in fact – it can carry a significant quantity of assault troops. It has both port and starboard docking ports, and the ventral doors mean that it can also serve as surface transport. The interior is outfitted with heavy lifts that it can even transport a platoon of tanks.

The Arrifek is armed with phased-plasma weapons. The two primary guns are the multibarrel ball turrets mounted at the fore, but it possesses smaller defensive arrays around the hull, similar in design to those on capital starships. Also like a larger starship, the Arrifek mounts four vertical-launch missile tubes, typically outfitted with TRM-1 Braatpo general purpose warheads.