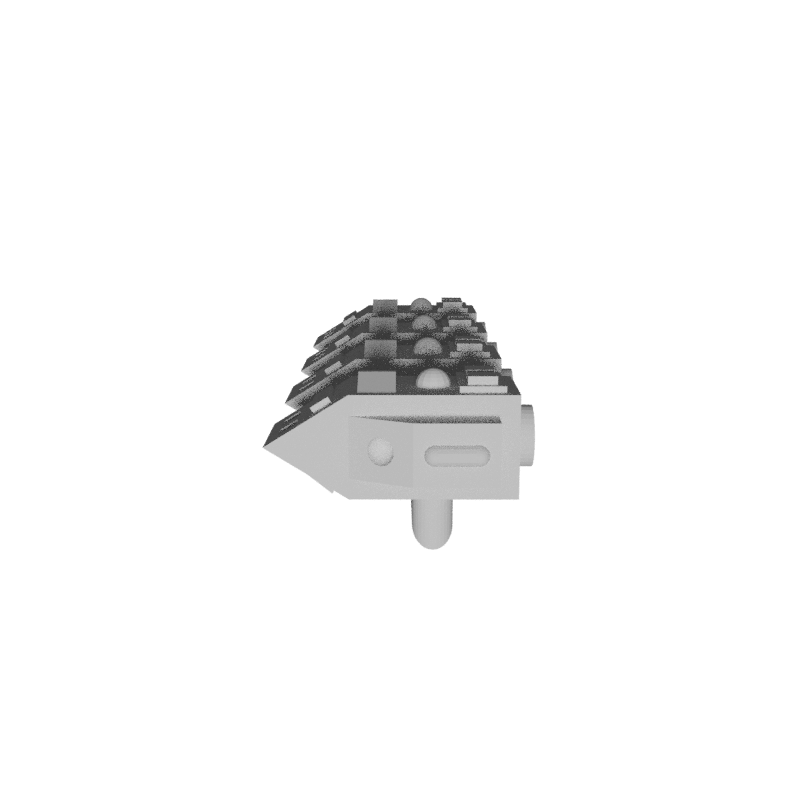 The Beta series Scoutship is just on the practical limit for capital starships, being little bigger than large smallcraft. A light scout vessel hull, sold on the public market and suitable for localisation, the Beta Scoutship is a common sight in militias and the navies of the lesser powers alike because of its low price point.

The stock Beta scoutship makes the most if it small size and power-to-weight ratio. It has an acceleration of 32.2mc – as good as many bombers – and a very respectable 362MEUs. It relies on the speed and agility for its primary protection, having only a small 155TXq shield system. A fixed pair of 38TXq laser cannons provides only light firepower, and a dorsal turret with twin 19.5TXq laser cannons is its only point-defence, with an engagement sphere of only 0.7Ym³.

In the civilian market, a Courier version removes the fixed guns and reduces the size of the engines to carry a small amount of cargo. The courier version’s main selling is the lower price; with only a third the acceleration and agility of the stock version, it is outclassed in almost all regards by larger vessels as a capital starship and as a short-ranged transport by smallcraft transports.

The Herosine Imperial Fleet has used several classes of the Beta scoutship over the centuries. The current one is the Elagabalus Scoutship (E/SS). The Elagabalus trades out the stock version’s capital ship shields for fighter grade shields instead, an usual choice for a capital starship. The advantages are two-fold. Firstly, the generators are more compact, which saves considerable space. Secondly, while the dispersion is more than halved to 70TXq the recharge rate is more than doubled. However, this comes at a significant cost in additional power requirements. Fighter-grade shields are also not optimised for spot-penetration resistance from capital ship weapons, which makes them poor protection against weapons such as capital ship warheads or heavy beam-class weapons. The improved shield technology also isn’t compatible with fighter-scale shields. Finally, outsizing fighter-scale shields to a capital ship also becomes disproportionally expensive for vessels larger than the Elagabalus, which is why the practise is not common.

The trade-off for the Elagabalus is that is allows it an increased weapons load, in the addition of a pair of 25TXq-yield torpedo tubes, each with fourteen torpedoes. This turns the vessel into what is effectively an oversized fighter or bomber; but as capital ship, it has the advantage of being able to undertake long-range operations (such as scouting) without the need for a carrier.