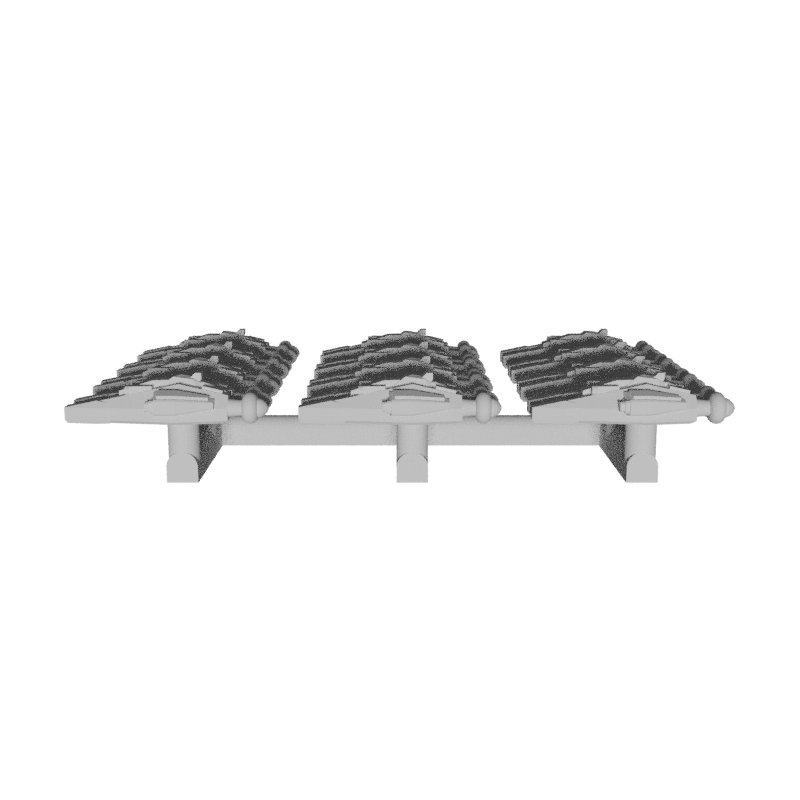 The Tonuhja Bomber replaced the much-maligned 61RUF Havex that performed so poorly in the last war against the Vivrathk. The Jalyrkieons have returned their more traditional bomber design, with the distinctive double-hull and side-mounted weapons systems – features which are also currently seen on the smaller 41RKR Scovocsper VTOL Attack Fighter in service with Jalyrkieon army.

The Tonuhja significantly improves on the Havex’s principle issue of speed and agility, and it comparable to many fighters. It is also considerably better shielded than its predecessor and the Havex’s notoriously poor avionics (especially the glitch sensor blind-spot) have been completely replaced.

The Tonuhja carries two torpedo tubes, each armed with eight LVP-1 Rede warheads. It carries a pair of hull-mounted multibarrel phased-plasma cannons for backup and dogfighting.