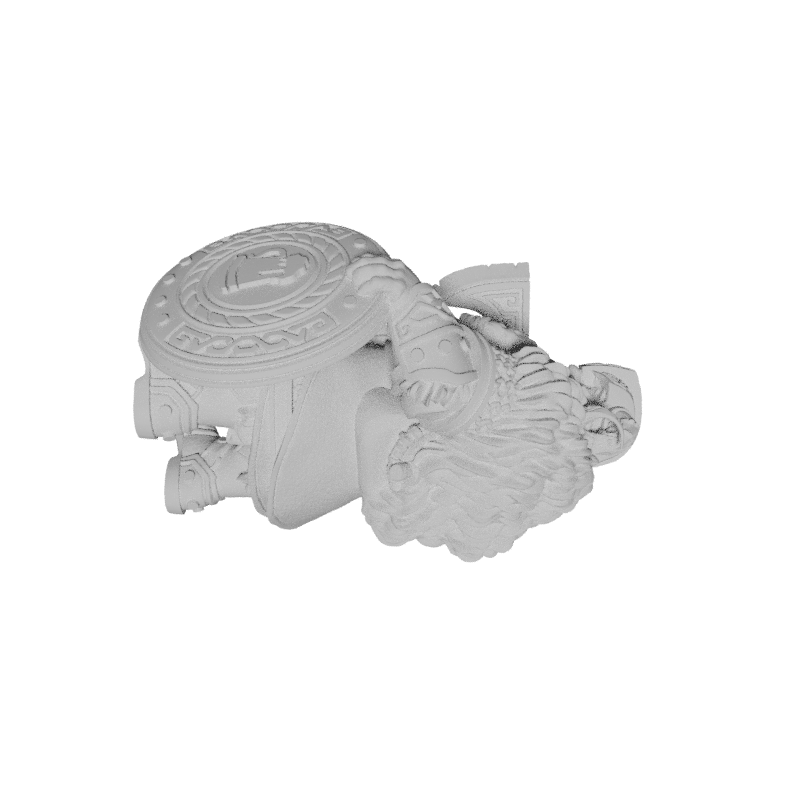 Booner Battleaxe is a Dwarven blacksmith, a mighty warrior and a leader amongst his Dwarven kin. He is the adopted father of Kitty who he rescued as a child, and he has mentored and trained the young barbarian Wolf too whom he also treats like his own son. Unusually for a Dwarf, all of Booner's closest companions are not Dwarves. He is skilled in both his smithing and in combat and the hammer he created for Wolf is his proudest creation to date.