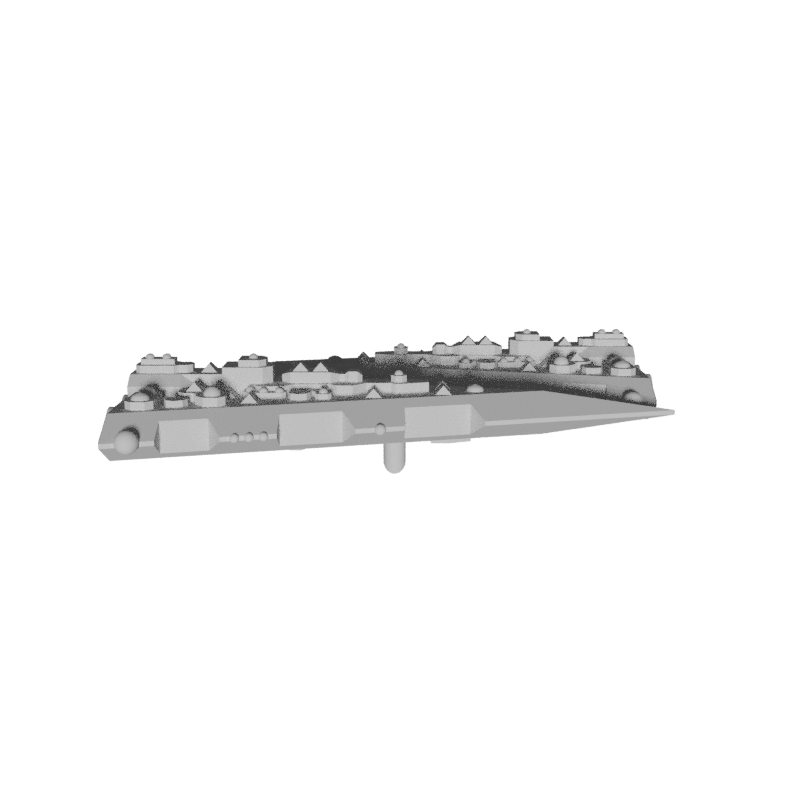 The Delta Attack Cruiser is a newer cruiser hull, containing some of the more recent refinements of the old heavy cruiser hull and is rapidly gaining popularity. The Attack Cruiser has an improved power core, which makes it optimised for high energy output systems.

The stock version has the same overall protection as the Delta Heavy Cruiser, but skews to more shields (1400TXq) and less armour (AIC of 800TXq). The larger power core gives it a slight improvement in acceleration and manoeuvrability, pushing it to up 11mc and 130 MEUs over the heavy cruiser’s 10.67mc and 120 MEUs.

It has the same point-defence output (1350TXq lasers). The heavy cruiser’s four lazer batteries have each been improved to more modern 295 TXq output lazer cannons, and unlike the older heavy cruiser, the attack cruiser’s batteries cover all aspects.

The improved performance makes the vessel have a higher price tag, but the heavy cruiser’s reliability and time-tested durability means it is not likely to be replaced at any point in the future.

The Herosine Imperial Fleet was spotted with its first Attack Cruiser classes when the Trajan Optimus-I was spotted in 2342. This new vessel, the Messalina-I Attack Cruiser (MS-I/CA) was acting as escorts to the Trajan Optimus-I. The Messalina-I has the new improved shielding system, giving a slightly improved 1424TXq output. The point-defence systems are dropped to arrays, but using the Herosine fleet’s standard 485TXq output systems, supplemented by a hangar for four Beta Screen Drones. The hyperdrive, sensors and communications systems are all of the cutting-edge 6th generation systems.

Firepower is concentrated in three disruptor batteries, totalling 810TXq output, which cover all the vessels arcs. Finally, a small six-tube missile launcher is equipped with 18 750TXQ-yield antimatter missiles and 30 200-TXq conventional missiles, all at the Herosine’s 6th generation improved standard.