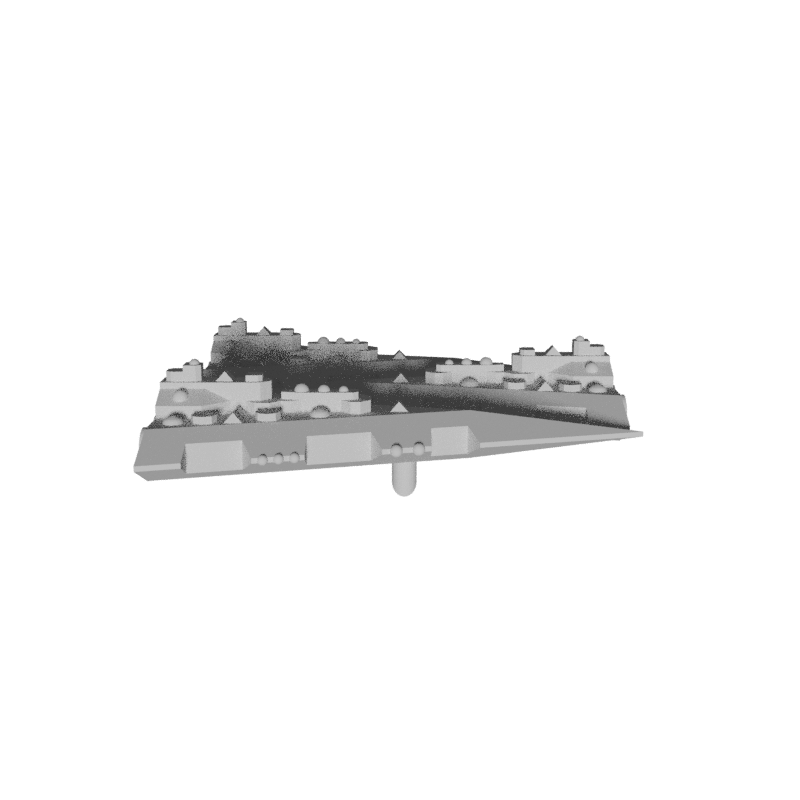 The Delta Cruiser is, strictly by modern standards a light cruiser. It was one of the early Delta designs to be created, before larger hulls were more common and cruisers in general were smaller. (This likewise explains the small size of the Delta Battlecruiser in comparison to modern battlecruisers.)

The stock Delta hull has typical light cruiser performance. It has only thin armour skin of AIC 40TXq, but shielding of 1000TXq. Acceleration and manoeuvrability are unremarkable at 10.8mc and 125 MEUs.

As a light cruiser, the Delta cruiser is something of a jack-of-all-trades. Four point-defence arrays totalling 1800TXQ output over a 0.9Ym³ engagement sphere give it enough defences to work without its own escort of serve as a supplementary escort itself. The weapons load consists of a single lazer battery of 290TXq that covers all but the aft arc, and two smaller batteries of 195TXq of two-third the range envelope that cover all aspects of the ship. The stock cruiser is inexpensive, with a general no-frills design. This makes is highly popular with minor powers, which can usually only afford to field smaller starship in planet defence militias.

The Herosine Imperial Fleet’s Domitian Class Light Cruiser (DM/CL) is a significant departure from the standard. The engine power is boosted by about 20%, giving it 13.4mc acceleration and 158 MEUs. This comes at the expense of power for shielding and weapons. The shields are reduced to only 600TXQ. The armour plating has been thickened, granting a much-improved AIC of 120TXq, but the overall protection is lower. This is compensated for by the higher manoeuvrability.

The power draw from the engines necessitates missiles being the primary weapons as much as Herosine fleet doctrine. A 12-tube missile launcher forms the backbone of the ship’s firepower, typically equipped with 72 750TXq-yiled antimatter missiles and 108 200TXq conventional missiles. This is supplemented by a single 270TXq disruptor battery.

Point defence is lower as well; only two 472TXq lazer arrays protect the ship, though these are supplemented by a hangar for two screen drones.