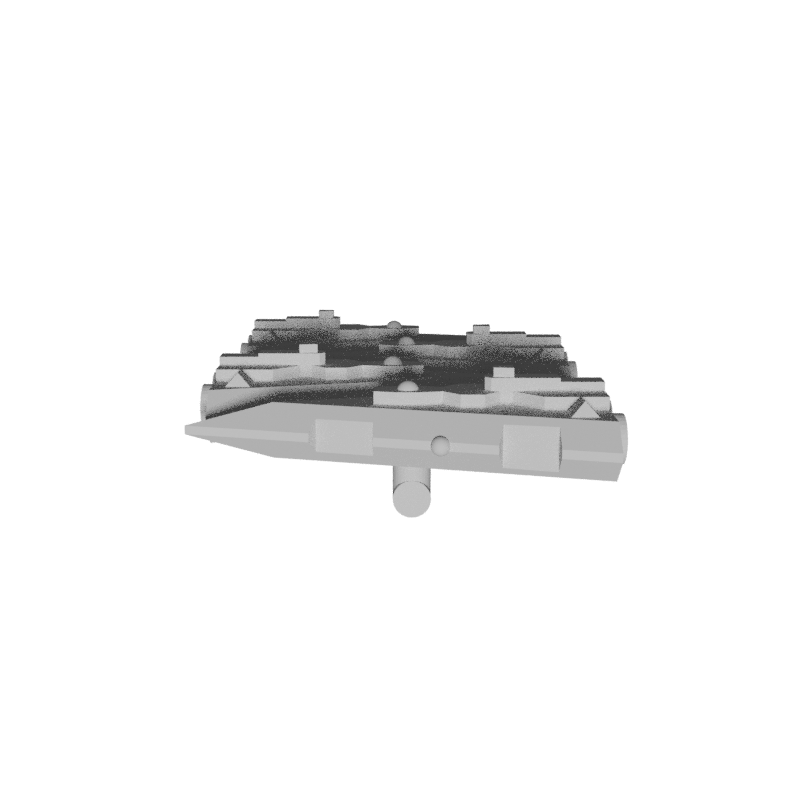 The Delta Frigate is a light frigate, only about 20% larger than the Delta Corvette. As with many of the smaller Deltas, the basic stock version gives functional performance at a low cost, which makes it appealing to the budget of small navies in whose service it is a common sight.

The stock frigate in particular emphasises low cost over performance. The drives give it a comfortable acceleration of 13.33 mc and 150 MEUs. Without using much additional mass and power over, the engines can be improved with an optional upgrade kit to give it nearly a 20% boost in performance.

Protection is light – shields of 210TXq provide the only real protection, since the armour skin at an AIC of 25TXq is largely negligible to starships-grade weapons. Laser point-defence arrays give an output 900TXq, however, giving it fair protection for a ship of its size.

The remaining weapon systems are limited to a pair of lazer batteries with a 200 000km accuracy envelope and 390TXq in combined output, though they cover all the ship’s firing angles.

The Diocletian Light Frigate (DC/FF) and its upgrade, the Diocletian-I Light Frigate (DC-I/FF) are the Herosine Imperial Fleet’s most common class of Delta frigates. A single lazer point defence system of 472TXq (or 485TXq in the case of the –I) provides defence against fighters and missiles. The main weapons are also altered. A single 180TXq disruptor array with a similar accuracy envelope to the stock’s lazer batteries is backed up by a six-tube missile launcher. This carries only a minimal load of 28 conventional missiles and only a dozen short-range antimatter warheads. However, the engines are further expanded, pushing the Diocletian up to 240 MEUs and an acceleration of 22.1mc.