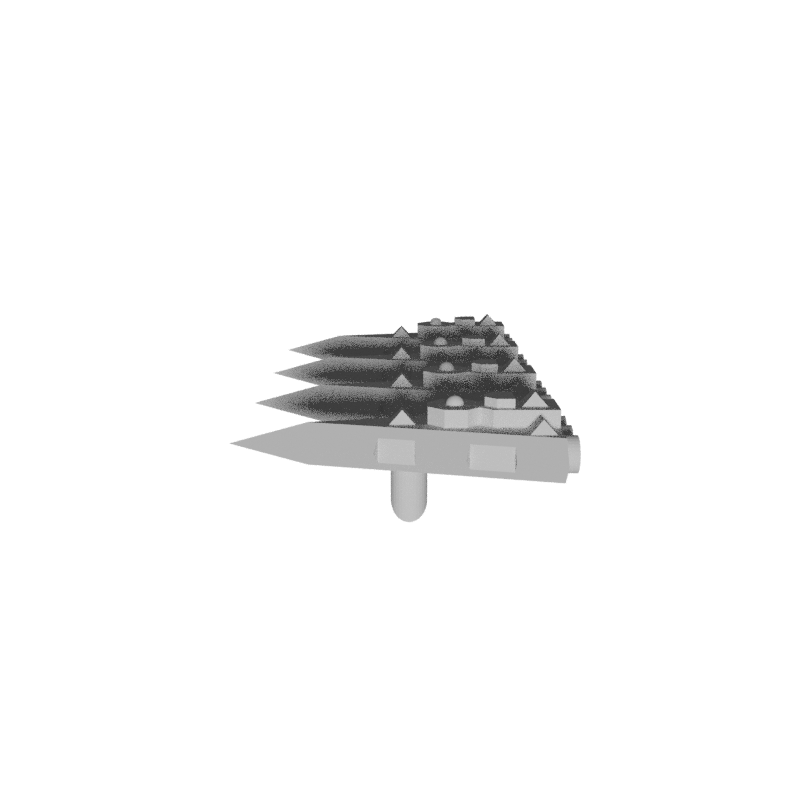 The Delta series Corvette is found in many star fleets throughout the galaxy. It is the smallest Delta hull that is a capital ship (with only the Delta Assault Shuttle being smaller). The stock model is optimised for light security duty, but like all the Delta series, is sufficiently adaptable to be outfitted for any task.

The stock model has an average manoeuvrability profile rated at 180 MEUs and an unexceptional acceleration of 16mc. 190 TXq shields cover the hull, which has only very light armour (AIC of 25TXq), little more than light plating. It carries a suite of laser point-defences that total 900TXq in output. A battery of laser cannons covers all but the rear aspect with a 200 000km accuracy envelope and an output of 195 TXq. This provides solid, but unremarkable performance for a mid-sized corvette, but that comes at a low purchase price.

The Decius and Decius-I (D/CC and D-I/CC) Corvettes of the Herosine Imperial Fleet are markedly different. They are optimised for close-ranged mass attacks. The engines are completely replaced with engines that double the power, bringing the Decius to 364 MEUs and 32.5 mc. This sharply increases the vessel’s survivability due to the improved speed. The price of this is in the weapons payload. The point-defence lasers are upgraded to the Herosine fleet standard (944 TXq and 970TXq for the –I). The vessel’s only other weapon, however, is a spinal-mount 120 TXq output disruptor cannon. This has only half the range envelope of the stock version. As a single vessel, the Decius is less of a threat to capital ships, if one rather less easy to swat. However, the Decius is designed for swarm attacks, accompanied by other craft (notably the Elagabalus Scoutship). The Decius’ limited capital ships weapons assist in shield and armour stripping, so that it an accompanying craft can use the lazers to devastate an enemy vessel’s hull and in this role it becomes a much more dangerous threat.