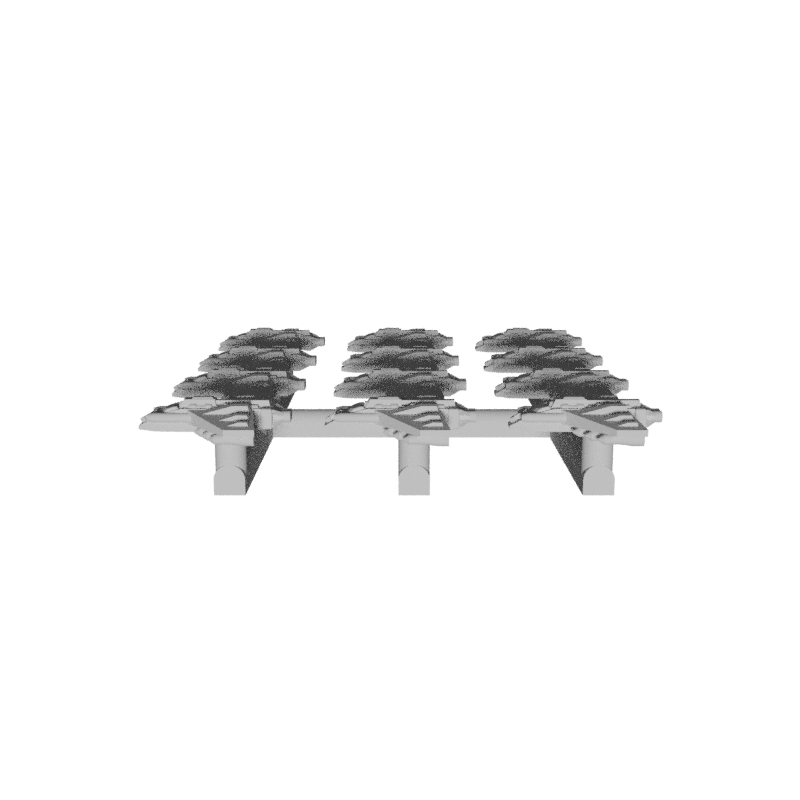 The Rend Long Range Fighter straddles the gap between the 9th and 10th Generation. A very late 9th Generation fighter, the Rend is the forerunner of the Foul Wing and Crater. The Rend is geared around a long-distance strike. It is designed to carry missiles, rather than a mix of missiles and torpedoes. It has three hardpoints under each wing, which can be outfitted with a double-hardpoint. The Rend’s most common configuration, however (and the one from which it takes it designation) is for the deployment of long-range missiles, most notably the massive Penetrator interdictor missile. A standard load for a Rend is to carry six of these missiles.

The Rend is otherwise a poor dogfighter – while its manoeuvrability is not subpar, it only carries a pair of coldbeam cannons either side of the fuselage as secondary weapons. After discharging its missiles, the Rend is expected to with draw to reload.

The vast majority of Rends are stationed as system defence forces, rather than with mobile fleets, where their reliance on a relatively few expendable munitions is less of an issue. While larger fleets may carry a few squadrons, they are far outnumbered by the other fighters.