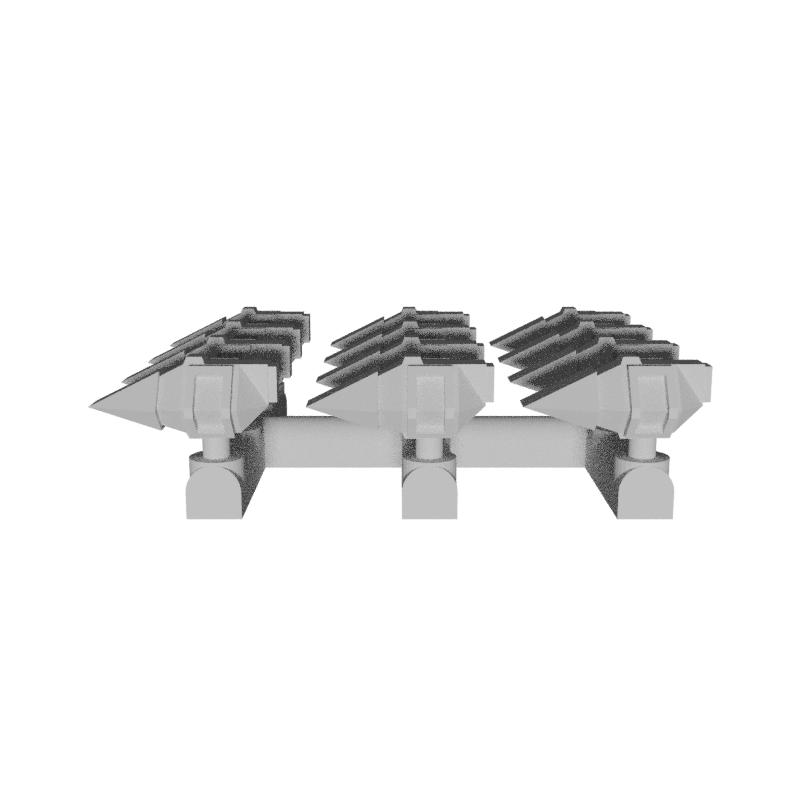 The Fallen Soul is the Aotrs' most recent APC, replacing the aging Vampire Lord. The Fallen Soul is an excellent multirole vehicle. It is designed to function as an IFV in ground operations and as a boarding pod in space. Like the Dirge, it lacks a Gate drive, but is quite capable of spaceflight. It has very good flying characteristics for its type, as good as some bombers.

The Fallen Soul carries a single squad of eight Aotrs infantry (or four Power Armour troops). Functioning both as a miniature dropship and VTOL, the Fallen Soul’s side doors allow troops to deploy via lines (or by directly jumping out, in the case of Drop Infantry).

The Fallen Soul is lightly armed with two twin coldbeam turrets, one dorsal and one ventral. Due to the placement and design of the vehicle, the turrets have effectively no dead zone for the field of fire – certainly none as far as other vehicles are concerned. It has shield generators, though these are limited in size.

From the front, the Fallen Soul is virtually impossible to destroy. The prow is armoured exceptionally well; indeed it must be to punch through starship hull armour in its role of Boarding Pod. The turrets are programmed so that when the vehicle detects an imminent impact, they are automatically set to face the rear, presenting their armoured rear as part of the ram’s surface.

The Fallen Soul’s biggest disadvantage is that in order to preserve armour integrity, there is no viewing port. This can lead to a dangerous situation is the sensors are knocked offline, since the only way to pilot the vehicle is for the gunner to open one of the side hatches and look out.

Plans have been considered to make a pure combat variant like the Vampire Horde Doom, but have not yet left the drawing board.